With Pause on Error fast approaching (February 17-18), I realized we are getting closer to Devcon 2011. Of course we are all eager to see what FileMaker Inc. will reveal to us, developers, in the new version of FileMaker pro. How are these things related? Well, Vincenzo Menanno from FMNexus will host a session at Pause : FileMaker User experience for Developers.

I was filled with excitement when I saw his session and since he invited participation, I promised myself, I will create some mockups for his sessions. That didn’t happen. Well, not quite. I’ve been actually really busy with work (no comment), so I just didn’t have time to come up with a lot of ideas and put them into a form worth sharing.

I did, however create one mockup, and that is for the Manage Scripts window. Why that one? Because I simply spend most of my time in it. I try to not use a lot of calculations in my solution to simply keep them light and fast. The more calculations you have the more the FileMaker engine has to process steam and you shall see beach balls. I try to save the beach ball, ahem, for the beach. So joke aside, I really spend a lot of time writing scripts and REALLY wold like to see some improvements here in FileMaker. You see, traditional programming, whether we’re talking PHP for the web or using XCode (or else) has a lot of traditional tools, such as the ability to number lines or even color your lines. I know, FMI is trying to keep FileMaker the same on both platforms (Windows and Mac), but I think it is time that we see this product enter the 21st century arena, where all the other boys have armor.

So, on that note, here’s my mockup. It’s not a genius’ work, but it’s an idea. It’s clearly not finished, I should say I just started. It’s meant to provoke thought and bring more ideas to live, not showcase my abilities of finished design.

The way I imagine this window with an icon bar on the right that should be customizable (just like additional keyboard shortcuts). You should be able to add and remove elements, because we have individual needs.

A little explanation of what you are seeing: 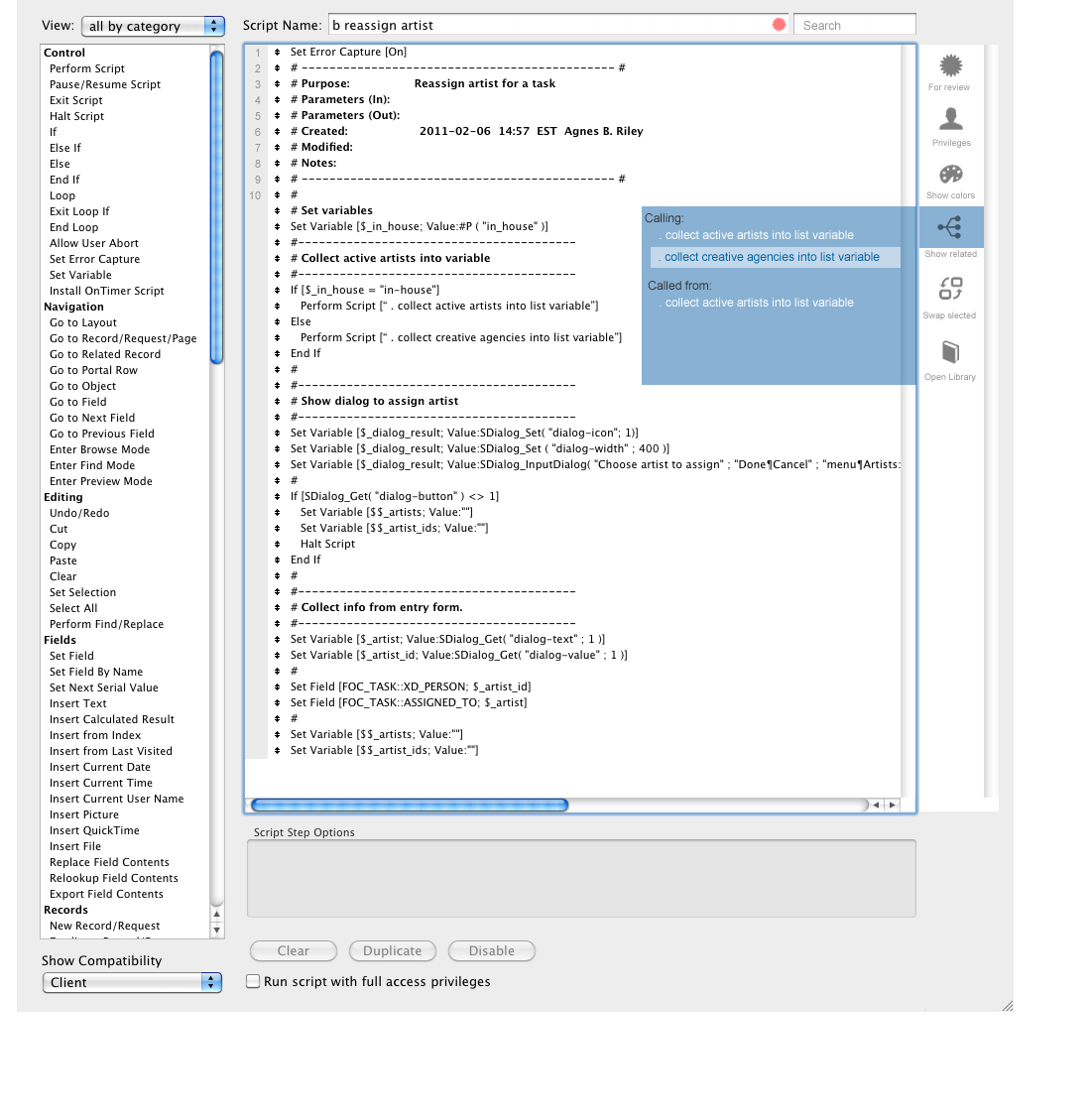